Warning: "continue" targeting switch is equivalent to "break". Did you mean to use "continue 2"? in /home2/ferma/public_html/en/wp-content/plugins/essential-grid/includes/item-skin.class.php on line 1025
 NEWS – Página 2 – FERMA 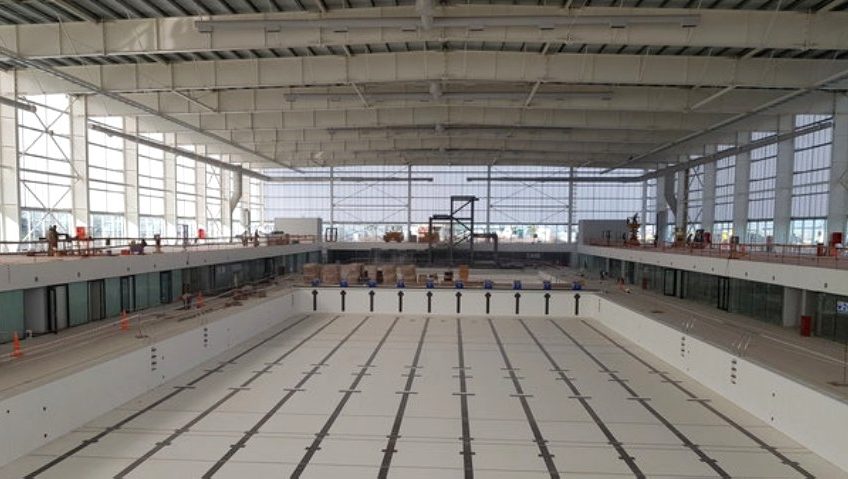 Once again, FERMA assumes important participation in projects of great importance, such as carrying out the manufacture and assembly of the Olympic Pavilion C, which inside it, an Olympic pool was built, unique in the country and built under rigorous standards. of the Olympic Committee, which will be one of the main stages of the Youth Olympic Games.

The metal structure weighed around 700 TT, and the assembly of it, was carried out with a 600 TT crane from the outside of the ship «. 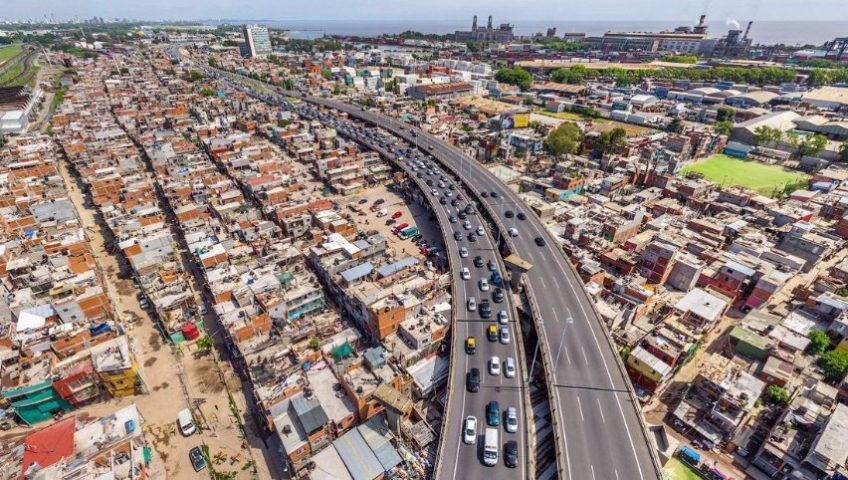 Urbanized of 4228 villas across the country

FERMA S.A. will be present in this project promoted by the Ministry of Social Development of the national Government and financed by the World Bank, will be in Villa 31 with 26 buildings totaling 72,000 m2.

It proposes the expropriation of lands and the realization of agreements with the inhabitants for the delivery of deeds.
In August 2016, the Government began to carry out a survey with different NGOs and neighborhood movements to determine the number of settlements throughout the country. According to the data of the National Registry of Popular Districts, which is instrumented by the Ministry of Social Development in charge of Carolina Stanley, 4,228 villas were identified. Together, they cover an area of ​​415.5 km2, twice the surface area of the city of Buenos Aires. And in those lands approximately 3.5 million people live.

Based on this information, and as part of a comprehensive plan, the Executive will present a project to the Congress to urbanize these settlements and move forward with agreements so that its inhabitants can become owners.

The initiative will begin to be discussed in the commissions in the coming days and proposes to declare «the public utility and subject to expropriation of real estate» that make up the National Registry of Popular Districts. In addition, it empowers the State Property Administration Agency (AABE) to make agreements with provinces and municipalities for the transfer of these properties and to establish tax compensation mechanisms. 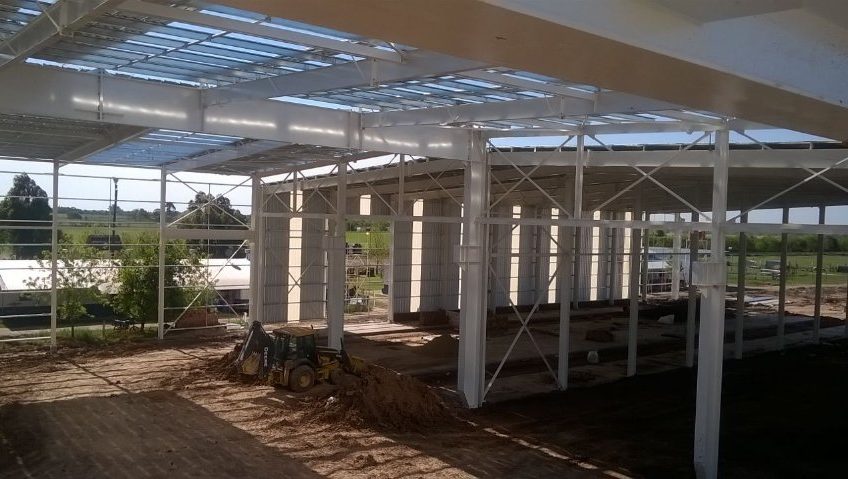 Since the middle of July of this year, FERMA SA started with the engineering development for the HAIZEA-SICA company’s warehouses located in Argentina, being its first landing in South America.

This project consists of the construction of 5 warehouses entirely formed by metal structure surpassing 6,000 m2 and 300 tons of structure, which are divided into the following buildings: INTERNAL ASSEMBLY SHIP, TRANSFER SHIP, GRANALLADO SHIP, SHIP OF PAINTING and finally DEPOSIT SHIP. It is important to note that inside the ships have crane bridges of 40 meters of free light with a load capacity of up to 100 tons.

Below is a sample of the progress of the project in the different stages of construction, which is estimated to be available for use in the coming days, as agreed in the work schedule.

The purpose of these ships is to manufacture wind power generation towers of National and International supply.

FERMA S.A. continues with the execution of the three contracts to realize the metallic structures and assembly with their corresponding enclosures for four pavilions Olympic, including the one that will have the pool. The intervention is carried out on the Julio A. Roca Sports Park in Buenos Aires.

The Buenosairean government, through the Ministry of Urban Development and Transport, will carry out the project of the Olympic Park, an interdisciplinary sports ground that will be used in the Olympic Games of the Youth 2018, after which it will be conserved for the use of the athletes Argentines.

All the projected installations were validated by the IOC, respecting the highest world standards in sports equipment. Likewise, the project contemplates rigorous criteria of sustainable construction. 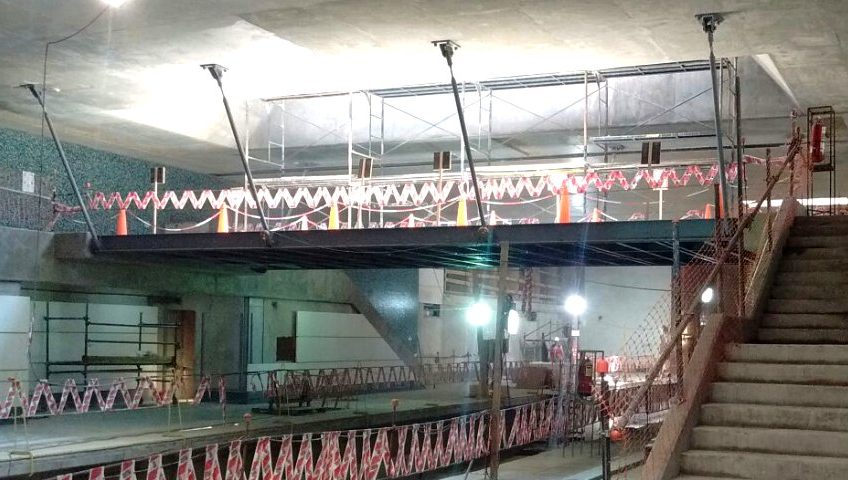 Techint Argentina hired our company to make a pedestrian bridge on Line H of the subway.

The project includes the expansion of the line and construction of six stations in the Autonomous City of Buenos Aires. 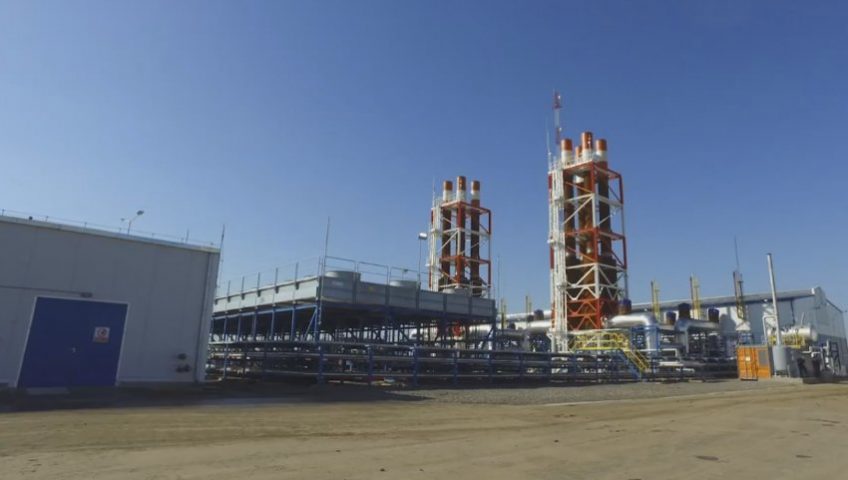 The National Energy and Mining Ministry reports that on Saturday, August 12, the CT Pérez and CT Cañada de Gómez thermal plants, both in the province of Santa Fe, began to generate electricity for the national interconnected system.

In the case of CT Perez, it has an installed capacity of 76 MW and is apt to consume natural gas, gas oil and fuel oil indistinctly. Its commissioning was advanced in relation to the date of the tender (August 29), carried out within the framework of SEE Resolution No. 21/2016.

The CT Cañada de Gómez has 64 MW and is suitable for consuming the three fuels mentioned above. It was also advanced in relation to the contractual date, being the same on October 29.

In this way, 10 power plants are already being generated within the framework of SEE Resolution No. 21/2016, with a total of 774 MW, equivalent to the generation capacity of the Atucha II nuclear power plant. The investment (estimated at US $ 696,600,000) has been made entirely by private capital and its repayment will be made through long-term supply contracts (up to 10 years).

According to the commitments assumed by the bidders of the tender, before December 31 of this year, 14 additional generation projects (US $ 1,630,800,000 of estimated investment) will be specified, adding another 1,812 MW to the system.

The total new generation capacity will enable the system to operate on critical summer days with greater reliability and safety, reducing cutting risks and making the operation of the service more economical.

Source: Press Ministry of Energy and Mining of the Nation

FERMA S.A. Culminated the provision and assembly of all metal structures for the J.F. Secco in the three localities of Santa Fe (Perez, Cañada de Gómez and Villa Ocampo) simultaneously.

We renew the certificate of ISO 9001: 2015 to carry out the different metallic projects for our clients. 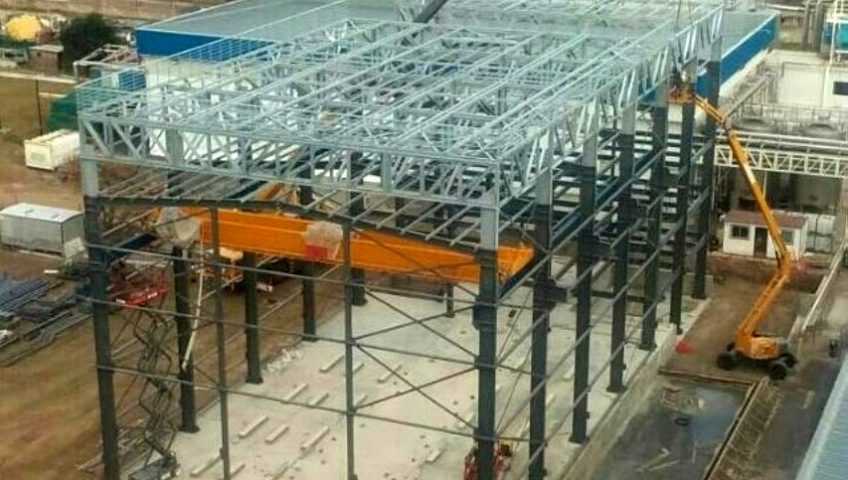 Finishing the provision and assembly of the new «Machine Room» on the agreed dates, one of the strengths of FERMA.

As can be seen in the photo, the structure has a mixed surface treatment, Epoxy and Polyurethane in protected areas, while exposed areas exposed to the weather were hot dip galvanized.

On the other hand, this building has a total weight of 210 TT, a maximum height of 25 meters, mezzanines, footbridges and rafters with a bridge crane with a capacity of 20 TT. The same one is in the plant located in the Industrial Park Ferreyra, province of Córdoba.